To assist the Church in the understanding of God's word as it relates to our calling and God's plan for His people for this season and how to prepare for the Kingdom Age. 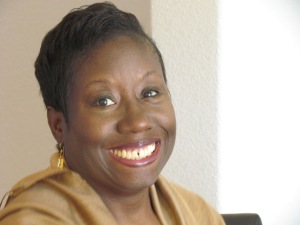 Over the last few years, I have begun to grow closer to God rejecting the worldly ways in many parts of my life. I had always known that I was called of God, but I was not clear as to how until about 10 years ago. As I became more consistent in my prayers, the Lord began to speak to me about my future and the future of His Universal Church, specifically within North America.

As with many, I had to go through a process of purging and healing. Doing so, allowed me to have a clearer reception with the spirit realm. There is much that the Lord has shared with me both in words and in visions. However, I was not allowed to share publicly until now. I am using the Internet because the Lord was very clear that He did not want His message sold in the form of a book, DVD or CD. God’s word is free and freely given.

There is a sense of urgency in the spirit that I feel very strongly. I am merely acting on the urgency as I begin to share with you as the Lord commands. May peace be with you as we embark on this journey together.

Click 'About' for additional information on the author Sonja Felder